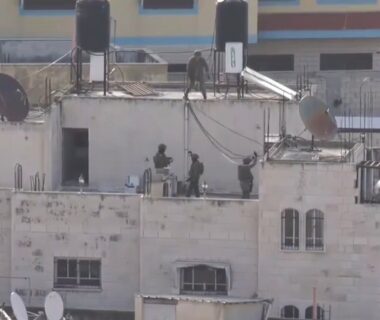 The Israeli authorities have decided to demolish the family home of a Palestinian who was killed after conducting a shooting attack in Bnei Brak last month, leading to the death of five persons.

In a statement, the General Commander of the Central Command of the Israeli occupation army, Maj. Gen. Yehuda Fox signed Sunday the demolition order of the family home of Dia’ Hamarsha, 27, who was killed on March 30th, after a fatal shooting attack that led to the death of three Israelis, including an officer, and two Ukrainian Nationals.

The Israelis killed in the shooting are Avishai Yhezkel, 29, Yaakov Shalom, 36, and officer Amir Khoury, 32, while the two Ukrainian nationals have been identified as Victor Sorokopot, 32, and Dimitri Mitrik, 24. The statement added that the order was handed to the Hamarsha family after the appeal was denied.

The family lives in Ya’bad town, south of Jenin, in the northern part of the occupied West Bank.