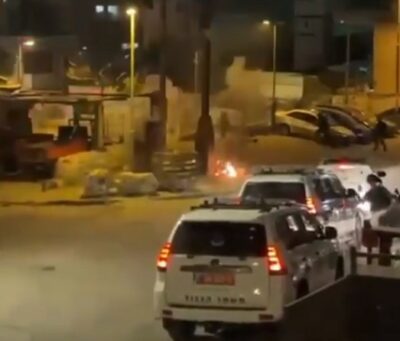 Israeli soldiers shot, on Sunday night, one Palestinian and attacked dozens in the at-Tour town in the occupied Palestinian capital, Jerusalem, in the West Bank.

Silwanic added that a young man was shot with a live round before the medics rushed him to a Palestinian hospital in Jerusalem.

The Palestinians hurled stones at the invading soldiers in addition to using fireworks against the military and police vehicles.

Earlier Sunday, the soldiers injured at least nineteen Palestinians, including women, and abducted five after the army invaded the Al-Aqsa Mosque to accompany groups of illegal colonialist settlers into the holy site.