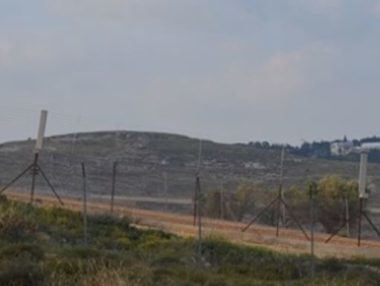 Hasan Breijieh, a local anti-wall and settlement activist, told WAFA that the Israeli delivered orders to takeover dozens of dunums of Palestinian land, that are located next to the illegal Israeli colonial settlement of Sur Hadassah, in favor of establishing an industrial zone and outposts.

The land slated for takeover belongs to the Husan and Wadi Fukin villages as well as the depopulated village of al-Qabbu, all located to the west and southwest of Bethlehem.

Soldiers in the oxymoronically named Civil Administration determine where Palestinians may live, where and when they may travel (including to other parts of the occupied territories like Gaza and East Jerusalem), whether they can build or expand homes on their own land, whether they own that land at all, whether an Israeli settler can takeover that land among others.

There are almost 834,000 Israeli settlers living in colonial settlements in the West Bank and East Jerusalem.

The number of settlers has almost tripled since the Oslo Accords of 1993, when settlers’ number estimated 252,000. Illegal colonial settlements have increased from 144 to 515 in that time.

Israel’s nation-state law states that building and strengthening the settlements is a “national interest.”