Israel Transfers Corpse Of Slain Child To His Family 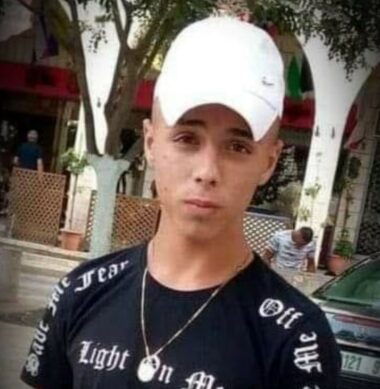 The Israeli authorities transferred, on Saturday evening, the corpse of Amjad Osama Abu Sultan, 15, to his family at the al-Jab’a military roadblock, west of Bethlehem, south of occupied Jerusalem in the West Bank. The transfer came one day after the army tried to hand the family the corpse of another slain Palestinian in what Israel called a “mistake.”

The child’s corpse was handed to Red Crescent medics who took it to Beit Jala governmental hospital; the family said it will ensure an autopsy is done before the proper burial ceremony.

Commenting on the initial transfer of the “wrong corpse,” Israeli officials said that the mix-up was an “unfortunate mistake,” an issue that also sheds light on Israel’s illegal policy of refusing to allow the transfer of the corpses of many slain Palestinians to their families.

The policy is also an illegal act of collective punishment which is illegal under International Law and all related human rights treaties. It is worth mentioning that Amjad Abu Sultan was killed on October 15th, 2021, near Beit Jala city, west of Bethlehem, after the soldiers fired many live rounds at him and another child in Be’er ‘Owna area in Beit Jala. The other child was injured before the soldiers abducted him and took him to an interrogation facility.

The Israeli army claimed the soldiers opened fire at the Palestinians when they “tried to hurl Molotov cocktails at the Tunnels Road,” connecting the Gush Etzion colony with occupied Jerusalem.

The head of the Bethlehem office of the Detainees and Ex-Detainees committee, Monqith Abu Atwan, stated that Israeli is still refusing to allow the transfer of the corpses of 240 Palestinians who are buried in what is known as the “Numbers Graveyard.”

Abu Atwan stated that Israel is the only country in the world that punishes people in life and death, in an act that is not only illegal but also aims at punishing the families and inflicting more suffering on them by denying them the right to perform proper burial ceremonies.

On Friday evening, the army transferred the corpse of a slain woman, identified as Isra’ Khaled Khzaimiah, 30, to her family at the Salem military roadblock near the northern West Bank city of Jenin. Isra’ was killed on September 30, 2021, after the army claimed she carried a sharp object and attempted to stab officers before they delivered the fatal shots.

The army only allowed her father to accompany a Palestinian ambulance along with one medic and the head of the Civil Coordination Office, Taha al-Irani.