Israel Transfers Corpse Of Slain Man To His Family 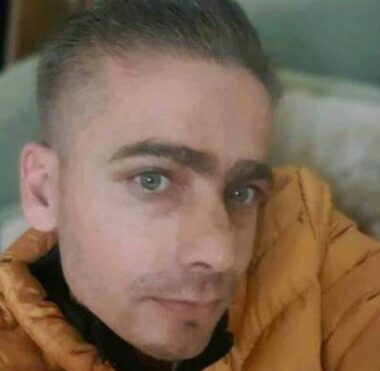 The Israeli authorities have transferred, Friday, the corpse of a slain Palestinian man, who was killed by the army in February, back to his family.

Media sources in Ramallah, in central West Bank, said the soldiers transferred the corpse of Khaled Nofal back to his family, at Ni’lin military roadblock, west of Ramallah.

His body was then moved to the Palestine Medical Complex in Ramallah, while his funeral ceremony will be held Saturday, in his village, Ras Karkar, west of the city.

It is worth mentioning that Khaled Maher Nofal, 34, w shot and killed a paramilitary illegal Israeli colonialist, after he reportedly attempted to break into a house, an allegation that was denied by his family.

“He just went to check on his land in the ar-Reesan Mountain where Israeli has been trying to illegally annex the lands of the Palestinians in the area for its colonialist activities,” the family stated, “He owns dozens of Dunams of lands there.”

The slain Palestinian, a married father of one child, four years of age, worked at the Palestinian Finance Ministry.