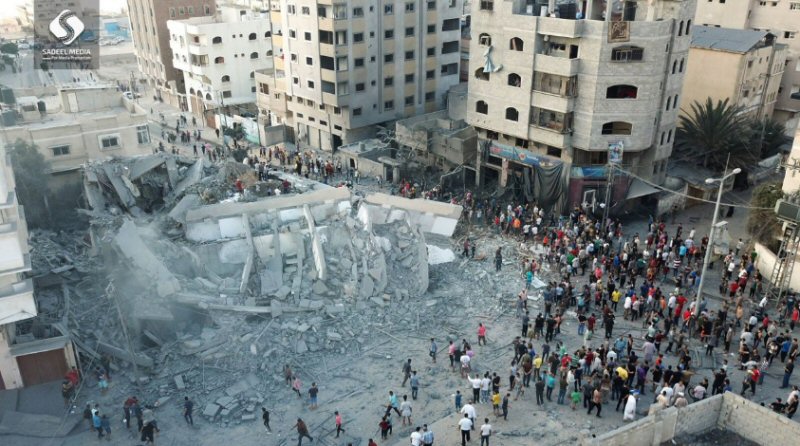 An Israeli airstrike on a cultural center in Gaza City, on Thursday, turned the five-story building into rubble, according to WAFA correspondence.

He said that Israeli warplanes fired 10 missiles at the building, for no apparent reason other than to inflict as much damage as possible in Gaza.

Israel has escalated its aerial attacks on Gaza, which started late Wednesday.

The Ministry of Health said 18 people were injured from the strike on the cultural center.

A 23-year-old pregnant woman and her 18-month toddler were killed in an earlier Israeli strike.

Efforts continued during the day to contain the tension in Gaza and prevent a break of a new war.