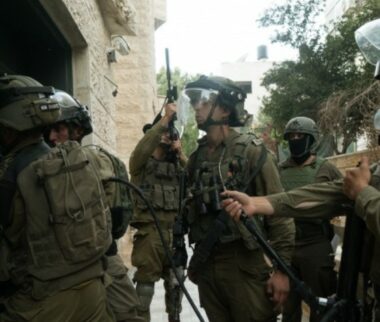 On Saturday, the Israeli army said it arrested a Palestinian who reportedly participated in the Beit El shooting that injured one Israeli colonizer before the soldiers killed the second Palestinian Friday.

The army said it tracked the second Palestinian to Deir Jarir town, east of Ramallah, and abducted him before moving him to an interrogation facility.

The Israeli army also stormed and ransacked the home of the slain Palestinian, Qais Emad Shojaya, 23, who the army said fired live rounds in the direction of Beit Eil colony, north of Ramallah before he was shot dead near the Al-Jalazoun refugee camp.

During the invasion of his family’s home, the soldiers caused serious damage to the property and assaulted several family members, causing various injuries.

After killing the young man, the soldiers took his corpse away and refused to transfer it to the family for a proper burial.