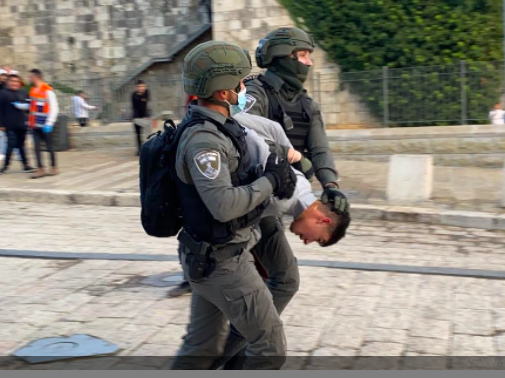 On Friday night, Israeli soldiers abducted three Palestinians, including two siblings, from Tubas in the northeastern West Bank, and the occupied capital, Jerusalem.

Kamal Bani Odah, the head of the Tubas office of the Palestinian Prisoners Society (PPS), said the soldiers abducted Ahmad and Hamza Ghaleb Daraghma while crossing the Al-Hamra military roadblock in the Northern Plains of the Bank.

The soldiers stopped and searched dozens of cars at the roadblock, interrogated and briefly detained many Palestinians while inspecting their ID cards, and abducted the two siblings.

In occupied Jerusalem, several soldiers assaulted a young man at the western entrance of the Sheikh Jarrah neighborhood, causing various wounds, before abducting him.

Sheikh Jarrah has been subject to constant invasions by illegal Israeli colonizers, who assaulted many Palestinians and caused damage to many homes and cars.

Earlier Friday, an Israeli army sharpshooter killed a Palestinian doctor, Abdullah Al-Ahmad, 43, while trying to render first aid to wounded Palestinians in Jenin, in the northern part of the West Bank.

During the invasion of Jenin, the soldiers also killed Mateen Dabaya, 25, from the Jenin refugee camp and injured many Palestinians, including medics, especially after the army deliberately targeted them and their ambulance.

On Friday dawn, a Palestinian teen, Mohammad Maher Sa’id (Ghawadra), 17, from the Jenin refugee camp died from serious wounds he suffered along with his cousin in early September of this year before they were abducted by the soldiers allegedly for being behind an attack targeting a bus transporting Israeli soldier to a military base.