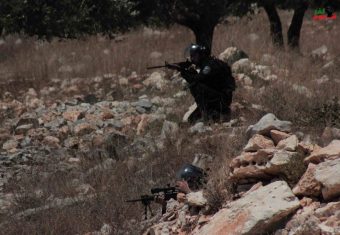 Morad Qaddoum, media spokesperson of the Popular Committee in Kufur Qaddoum, said the soldiers attacked the protesters, and fired many gas bomb, rubber-coated steel bullets, and sprayed them along with many homes, with wastewater mixed with chemicals.

He added that dozens of Palestinians suffered the effects of tear gas inhalation, and received the needed medical treatment. 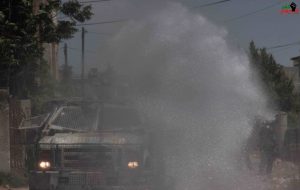 |Related: Bil’in Holds The Weekly Protest Against The Wall, Colonies| 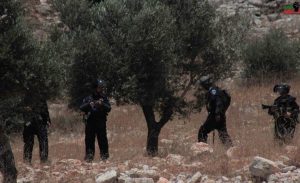 In related news, the soldiers injured a young man near Awarta roadblock, southeast of the northern West Bank city of Nablus.

Eyewitnesses said Hasan Khaled al-Qadi, 26, was shot while riding his bicycle, and suffered a serious injury, before he was moved to an Israeli hospital.