Israeli Army Believes The Truce Could Collapse Within Weeks 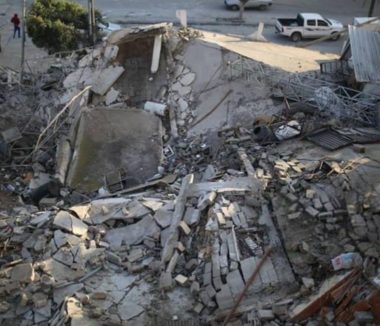 The Israeli military leadership believes that the current truce reached with the resistance in the besieged Gaza Strip could collapse within weeks if the situation in the coastal region does not improve.

Israeli media sources said, although  both Hamas and the Islamic Jihad in Gaza were willing to end the fighting on Sunday morning, the military, and the political leadership in Tel Aviv did not want to send a message that could portray that Israel was weary about entering a full-blown military offensive while Euro Vision contest is being held in the country.

Israel’s intelligence services and the military have informed the political leadership in Tel Aviv that without boosting regional efforts to improve the dire and deteriorating humanitarian conditions in the Gaza Strip, this current ceasefire and relative calm will not last.

Monday witnessed calm in the coastal region, conscious and fragile as it is, but seems to be lasting for now. The Egyptian-mediated ceasefire agreement went into effect at 4:40 at dawn.

It is worth mentioning that Qatar has announced, Monday, allocating $480 Million to the West Bank and the Gaza Strip, as part of efforts to improve the living conditions of the Palestinians, living under the illegal Israeli occupation.