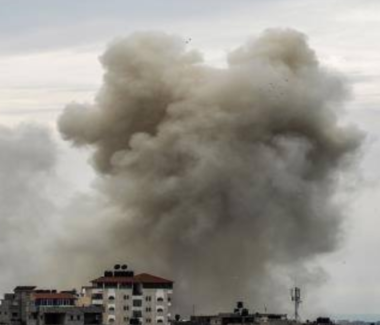 The WAFA Palestinian News Agency has reported that the Israeli Air Force fired at least one missile into a site, believed to be run by an armed Palestinian resistance group, causing excessive damage and fire, without leading to casualties.

It added that the army also fired an artillery shell into another site, east of the Sheja’eyya neighborhood, east of Gaza city, causing damage.

In addition, the soldiers fired missiles into an observation post in Khuza’a town, east of Khan Younis, in the southern part of the Gaza Strip.

The attacks took place shortly after the Israeli army killed a Palestinian woman, identified as Amal Mustafa Ahmad Taramisi, 43, and injured at least 25 others, during the Great Return March processions, ongoing for the 42nd consecutive week, in the besieged coastal region.