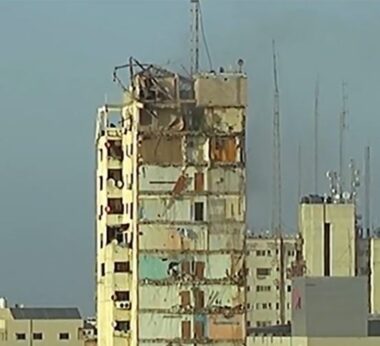 The Israeli army also struck many centers believed to be training grounds for resistance groups in several parts of the coastal region, in addition to targeting with many missiles’ homes inhabited by families of three senior leaders of the Al-Qassam Brigades, the armed wing of Hamas. Dr. Ashraf al-Qedra, the spokesperson of the Palestinian Health Ministry in Gaza said most Israeli strikes are targeting homes, apartment buildings, and various civilian structures, including medical facilities, and added that %43 of the victims of Israel’s bombing and missiles are children and women.

In its recent statement, the Ministry said the army has killed 35 Palestinians, including 12 children and three women, in addition to wounding more than 233.