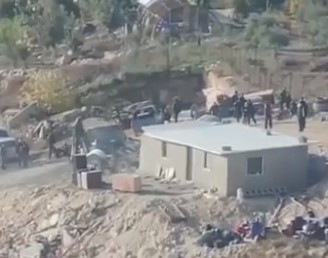 Eyewitnesses said the soldiers, including undercover officers, invaded the Al-Qissan area in Sur Baher and surrounded a home.

They added that the soldiers forced the family out of their small 70 square/meter home and demolished it.

The soldiers imposed a tight siege on the area before invading it and demolishing the family’s property on its land under the pretext of being built without a permit.

Israel’s policies of home demolitions, regardless of ‘justifications’, are acts of illegal collective punishment that violate International Law and various human rights treaties.