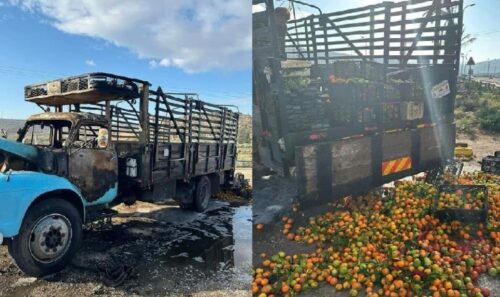 Earlier Wednesday, illegal Israeli colonizers attacked an elderly Palestinian man and injured him before burning his truck carrying fruits and vegetables, near Nablus, in the northern part of the West Bank.

Mu’ath Burhan said the colonizers attacked his father’s truck at the Deir Sharaf Junction, west of Nablus, and forced him out before assaulting him.

He added that the colonizers caused various cuts and lacerations to his father’s head, face, and other parts of his body, before burning the truck and the produce in it.

The father, who was on his way to the market in Nablus to sell his produce, was rushed by Palestinian medics to a hospital in Tulkarem, in the northern West Bank.