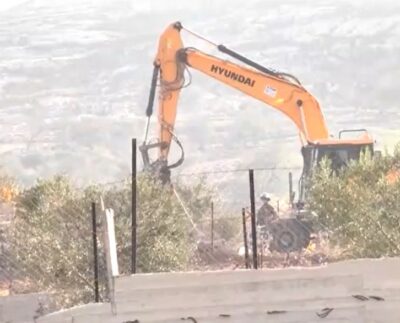 Samer Abed-Rabbu, the mayor of Al-Jeeb, said several army jeeps and bulldozers invaded the As-Sahel area in the town and demolished a 250 square-meter shed and several walls owned by Samih Abu Dayya. 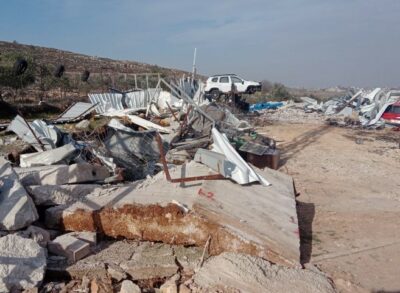 He added that the soldiers surrounded the area to prevent the Palestinians from entering it and demolished the properties.

On November 28th, the Israeli Army invaded Al-Jeeb and demolished a plant nursery in the Al-Khalayla area in the town.

The Army claims the properties, built on privately owned Palestinian lands, were not licensed by the “City Council” in occupied Jerusalem.

On Monday, a Palestinian from the Al-Isawiya town east of Jerusalem, in the West Bank, was forced to demolish his under-construction home.