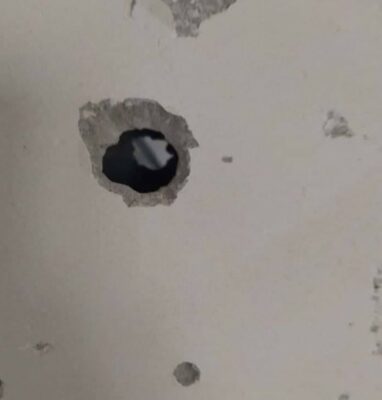 On Saturday evening, Israeli soldiers fired sporadic live rounds at Palestinian structures and homes near the perimeter fence east of Khan Younis in the southern part of the Gaza Strip.

Media sources said the soldiers, in their military bases across the fence east of the coastal region, fired dozens of live rounds at homes, sheds, and structures east of Khuza’a town, east of Khan Younis.

They added that the attacks caused serious property damage to several structures and at least one home where the family barely escaped unharmed despite the damage to their property.