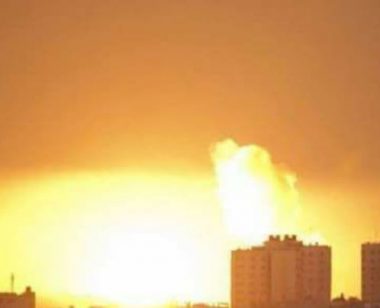 The Israeli Air Force fires at least one missile at a Palestinian car, in addition to attacking an observation post run by an armed resistance group, in Central Gaza.

Media sources in Gaza said the soldiers fired a missile at a Palestinian jeep in the Nusseirat refugee camp, in Central Gaza, causing damage but no injuries.

They added that the army also fired flares while flying at a law altitude over the Gaza Strip.

The Israeli army said it also fired missiles at an observation post, reportedly after several Palestinians flew “incendiary balloons” across the border fence.