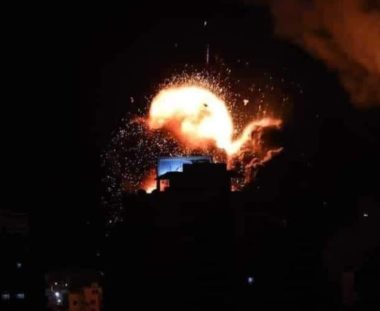 The Israeli Air Force fired, late on Saturday at night, many missiles targeting sites run by armed resistance groups in several parts of the Gaza Strip, after the army alleged that a balloon, carrying an anti-tank shell, was flown from Gaza.

They added that the army also fired missiles into Al-Waha site, the same center, which was bombarded less than 24 hours earlier, causing serious damage.

Israeli sources quoted the army stating that a “suspicious balloon which was launched from the Gaza Strip into the Sdot Negev Regional Council of settlements, was carrying an anti-tank shell.”

They added that the device did not explode, and was safely defused by police sappers.