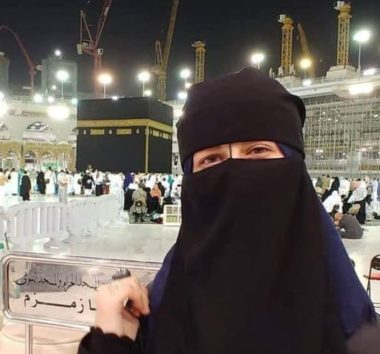 Two Palestinian youth, both shot dead by Israeli forces, were laid to rest Saturday – one in the Gaza Strip and one in the West Bank. Hundreds of people attended each funeral, according to the Wafa Palestinian News Agency.

The young girl Samah Zoheir Mubarak, 16, was shot dead with several live rounds, by Israeli soldiers, at the Zaim military checkpoint, east of Jerusalem, on January 30, 2019.

The Israeli military claimed that Samah, who was wearing an Islamic Niqab headscarf, was asked to remove it, and she refused. The army claims the teen “pulled a knife and attempted to stab the soldiers” and was shot and killed as a result. The body of the slain youth was withheld from her family for 36 days, and the Israeli military finally released the girl’s body on March 8, 2019, to her family in Umm ash-Sharayet neighborhood in the central West Bank city of Ramallah.

Tamer Khaled Mustafa Arafat, 23, was also laid to rest Saturday, in the southern Gaza Strip, where he was shot with live rounds in the head by Israeli forces, March 8, 2019, while participating at the Great March of Return demonstrations. These weekly protests have been ongoing since March 30, 2018, in an attempt to bring an end to the 12 year blockade imposed on the 1,800,000 inhabitants of Gaza.

Every week, Israeli continues to shoot, kill, and maim unarmed Palestinians, children, medics, and journalists, with over 250 unarmed civilians killed in these protests since March 2018.