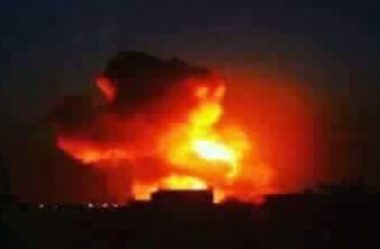 The Israeli Air Force carried out, on Friday at night, many airstrikes reportedly targeting centers run by armed resistance groups, in the central and northern parts of the Gaza Strip.

The Israeli army claimed it was retaliating to a grenade which was hurled at soldiers operating near the border fence, Friday, moderately wounding a commander, who was rushed to Soroka Medical Center.

The army said the incident took place in northern Gaza, near the old Karni Crossing, and that the soldiers fired back at the Palestinians, while the Israeli Air Force fired missiles resistance-run centers in the northern and central parts of the coastal region.

The army said its Iron Dome system intercepted at least two shells, fired from Gaza, into the nearby Sderot and Eshkol settlements.

Earlier Friday, the soldiers killed a Palestinian child, identified as Othman Rami Hallas, 15, and injured 220 residents, including one journalist and two medics, during Great Return March protests in the Gaza Strip.