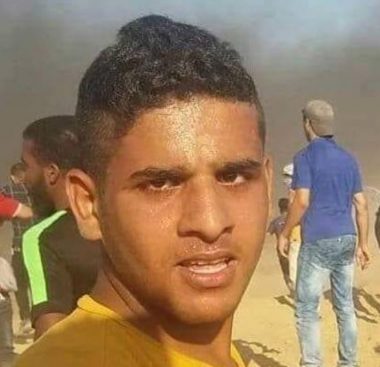 The Palestinian Health Ministry has reported that a young man died, on Saturday morning, from serious wounds he suffered, Friday, after Israeli soldiers shot him in southern Gaza.

The Health Ministry said the Palestinian, Mohammad Nasser Shorab, 18, was shot with live Israeli army fire, during the Great Return March procession, east of Khan Younis, in the southern part of the Gaza Strip.

It added that Shorab, from Khan Younis, was declared clinically dead, late on Friday at night, and succumbed to his serious wounds approximately at 7 in the morning, Saturday.

On the same day of his injury, the soldiers killed a child, identified as Othman Rami Hallas, 15, from the Sheja’eyya neighborhood, east of Gaza city.