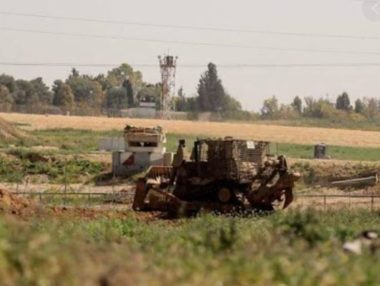 According to WAFA correspondent, a number of occupation tanks and bulldozers infiltrated dozens of meters into the Palestinian territory, east of Beit Lahia, and razed a strawberry field owned by a local farmer.

The occupation authorities regularly make incursions into the tiny coastal enclave, destroying crops planted with produce which farmers sell to provide for their families.

Soldiers often open fire with live fire at farmers, forcing them to leave their land for fear of being shot.