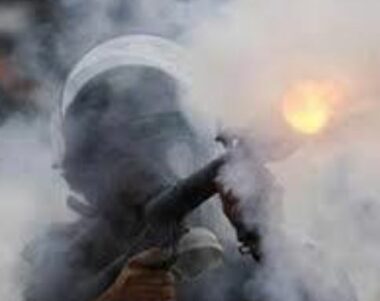 Israeli soldiers invaded, on Sunday evening, Beit Ummar town, north of the southern West Bank city of Hebron, and caused many residents to suffer the effects of teargas inhalation.

They added that the soldiers fired many concussion grenades and gas bombs at the protesters and surrounding homes, causing many Palestinians to suffer the effects of teargas inhalation.

It is worth mentioning that the soldiers abducted, Sunday, six Palestinians from several parts of the occupied West Bank, the Palestinian Prisoners’ Society (PPS) has reported.

The soldiers also invaded a school and two clubs, in Silwan town, in occupied Jerusalem, summoned for interrogation the directors of the two clubs and the principal of the school.