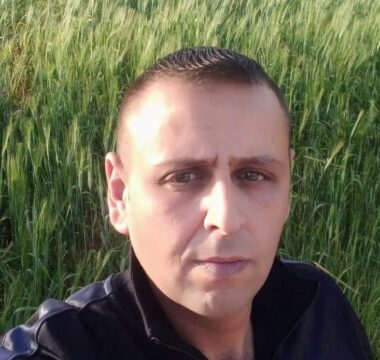 Israeli soldiers killed, Tuesday, a young Palestinian man, and injured another, after opening fire at their car near the Za’tara military roadblock, south of the northern West Bank city of Nablus.

The Quds News Agency has reported that the army killed Ahmad Abdul-Fattah Daraghma, and injured Mohammad Ali Nubani, both from the al-Lubban ash-Sharqiya, south of Nablus.

The two Palestinians are officers with the Palestinian Security Services in Nablus.

The Israeli army claimed the soldiers noticed a gun with one of the Palestinians, before opening fire at them.

In addition, the Israeli army abducted Ibrahim Abu Sneina, 22, from al-Waad Street, in the Old City of occupied Jerusalem.

The soldiers also invaded the at-Tour and Za’im towns, northeast of Jerusalem, and attacked protesters with gas bombs and concussion grenades, in addition to spraying them with wastewater mixed with chemicals.