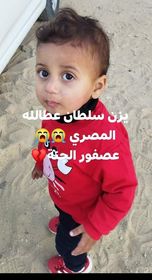 The Israeli army carried out, Tuesday, a series of airstrikes targeting several areas in the Gaza Strip, causing excessive property damage, in addition to killing at least seven Palestinians, and injuring more than 152.

Update: Two Palestinians were seriously injured late at night, Tuesday, when an Israeli drone fired a missile at Palestinians who gathered west of Deir al-Balah, in central Gaza.

The army claimed Abu Sharir is one of the military leaders of the al-Qassam Brigades, the armed wing of Hamas.

He was killed along with his wife, who was not identified at the time of this report, when the army fired a missile into their home, also wounding 25 Palestinians in surrounding areas due to the blast.

The Palestinian Health Ministry in Gaza said the army fired missiles into buildings adjacent to the Indonesian hospital, causing damage to the buildings and the hospital, and denounced the attack as another war crime violating International Law by targeting medical and civilian structures.

The Israeli army also fired missiles into a residential tower, containing many floors, causing it to collapse and turning it into rubble.

Media sources in Gaza said the Israeli missiles targeted Hanadi Tower in the al-Mina’ (Port) area, west of Gaza city, and added that the army first fired smaller missiles into the tower before the Palestinians rushed out just minutes before the further strike turned it into rubble.

Abu Obeida, the spokesperson of the Al-Qassam Brigades of Hamas, said if Israel continued to target civilian homes in Gaza, “Tel Aviv will be next and will witness much more than what happened in Asqalan (Ashkelon).

It is worth mentioning that, on Tuesday evening and before the latest escalation, the Health Ministry in Gaza said the army killed 28 Palestinians, including ten children and one woman, and injured at least 152.

Update: A Palestinian identified as Mohammad Abdul-Rauf Hallas, died on Tuesday evening, from wounds he suffered when the soldiers bombarded the Sheja’eyya neighborhood, east of Gaza city.

Update: Israeli sources said two Israelis were killed, and two were injured, one seriously, by Palestinian shells in Asqalan.

Update: The Al-Jazeera News Agency has reported that the Israeli army fired missiles into a school for orphans in Deir al-Balah, in the central Gaza Strip.

A Palestinian, identified as Mohammad Yahia Mohammad Abu al-Ata, 30, was killed in one of the Israeli strikes in Gaza city, medical sources said.

The army also fired a missile at a Palestinian car, in Gaza, causing injuries, while the Israeli navy fired sporadic missiles at sites close to the Gaza shore.

Medical sources in Gaza also said two Palestinians were killed, and eight were injured, when the army fired missiles into an apartment in the Rimal neighborhood in Gaza.  Most of the wounded are children.

The two Palestinians are senior leaders of the al-Quds Brigades, the armed wing of the Islamic Jihad, and were killed in targeted assassination strikes.

As of Tuesday morning, the Palestinian Ministry of Health has confirmed that Israeli airstrikes have killed 27 Palestinians, including 9 children and one woman, and wounded at least a hundred in the Gaza Strip. Israel began its assault on Gaza Monday evening, following three weeks of Israeli settler and soldier attacks on Palestinians.

It added that at least 122 Palestinians have been injured, including more than 15 who suffered serious wounds and said that among the injured are 41 children. In addition, the Al-Jazeera news agency has reported that the Israeli army fired, on Tuesday afternoon, several missiles and shells targeting many areas in the eastern, and northeastern parts of the Gaza Strip.

Meanwhile, Israeli sources said Palestinian fighters fired more than 40 shells within a few minutes, into Asqalan and Ashdod, and added that the shells caused damage and five injuries.

They added that more than 300 shells have been fired from Gaza since Monday evening, especially when Al-Qassam Brigades, the armed wing of Hamas, in retaliation to the Israeli offensive on Gaza, and the escalating violations in Jerusalem, mainly in and around Al-Aqsa Mosque, and Sheikh Jarrah neighborhood.

The Al-Qassam Brigades said it managed to fire 137 shells into Ashdod and Asqalan within five minutes and added that warned that its retaliation will be unprecedented if Israel does not end its offensive on Gaza, and does not stop its violations against the Palestinians in occupied Jerusalem, especially in Al-Aqsa Mosque.

On its part, the al-Quds Brigades, the armed wing of the Islamic Jihad said its “response to the Israeli crimes against civilians, and resistance fighters, is just beginning.”

Its statement came after Israeli assassinated several prominent members of the group in Gaza and vowed to keep Israel on constant alert.

It is worth mentioning that the Israeli army has decided to deploy more than five thousand reservists, across the fence with Gaza, in preparation for a possible ground offensive.

Meanwhile, Israeli sources said that a man, 52, and his daughter, 16, were killed by Palestinian shells in Lod city.

They added that one Israeli was killed and three injured, on Tuesday at night, when Palestinian fighters fired dozen of shells into central Israel.

An Israeli woman, 50, was also killed by a Palestinian shell in Rishon LeZion, south of Tel Aviv.

Three Israelis, including a child, were injured in Holon when an empty bus was hit by a shell and went up in flames.

Israeli Ynet News has reported that two women were killed by shells in Ashkelon, in the southern part of the country, and added that more than 100 were injured.

The two women were the first to be killed in Israel since the escalation started; one of the women was later named Soumya Santhosh, a 30-year-old mother of a nine-year-old child. Soumya was from Kerala, India, and was working as a caregiver in Israel.

Meanwhile, the Israeli far-right government of Benjamin Netanyahu said that it was not ruling out a ground offensive into Gaza, in addition to the ongoing airstrikes.

Hamas movement aid it fired dozens of shells into Israeli in response to the Israeli offensive and warned to escalate if Israel does not stop bombing Gaza.

The names of the Israelis who were killed are yet to be officially released by Israel.

Abu Obeida, the spokesperson of the Al-Qassam Brigades, the armed wing of Hamas, said that if Israeli does not stop bombing residential towers and homes in Gaza, it will be met with a retaliation more painful than the shells fired into Ashkelon (Asqalan).