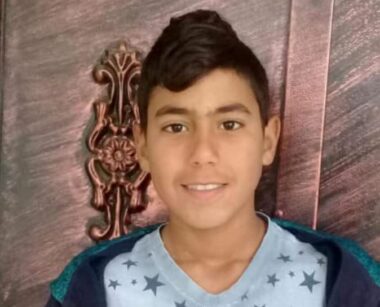 Israeli soldiers killed, Tuesday, two Palestinians and injured at least 64, during protests in Ramallah, in central West Bank, and opened fire at reporters and medics. The Israeli army also reported that two soldiers were injured.

Update: Islam Wael Burnat, 15, from Bil’in village, near Ramallah, was killed after Israeli soldiers shot him with a live round in the head, after the army invaded the village and attacked protesters, many Palestinians were also injured.

Update: Adham Fayez Mousa Kashef, 20, was killed by Israeli army fire at the northern entrance of al-Biereh city, near Ramallah.  Adham was from Um ash-Sharayet neighborhood in al-Biereh city.

Media sources in Ramallah said the soldiers attacked Palestinian protesters near the al-Biereh city, and fired dozens of live rounds, gas bombs, concussion grenades, and rubber-coated steel bullets at them.

They added that the soldiers killed a young man, identified as Mohammad Ishaq Hmeid, 25, in addition to shooting at least 64 with live rounds and rubber-coated steel bullets and causing dozens to suffer the effects of tear gas inhalation.

The Health Ministry in Ramallah has confirmed that Hmeid, from Beit Anan town, northwest of occupied Jerusalem, suffered a serious injury to the chest before he was rushed to Palestine Medical Complex in Ramallah, where he succumbed to his wounds.

The Health Ministry added that six of the injured Palestinians suffered serious wounds.

It added that the soldiers also directly targeted a Palestinian ambulance with several rounds of live ammunition, in addition to firing at reporters and press cars.

In related news, the soldiers shot one Palestinian with live fire in the leg in Beit Sira village, west of Ramallah.