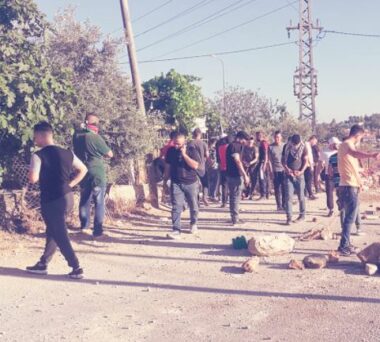 Medical sources have confirmed thirteen injuries with live fire, in addition to many who suffered the effects of tear gas inhalation.

The army also closed the village after surrounding it, and prevented the Palestinians, including ambulances and reporters, from entering it.