Israeli Army Kills Palestinian near Nablus, Injures 37, Including a Journalist 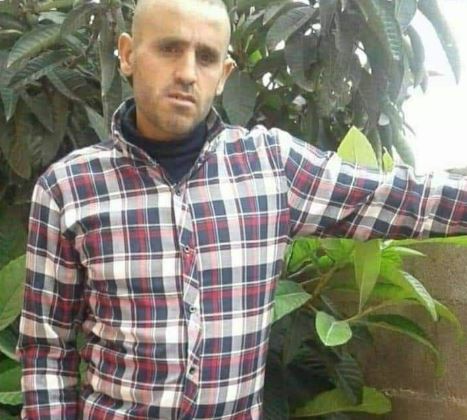 Israeli forces shot, and killed an unarmed Palestinian man, and injured several more in the northern West Bank village of Beita, south of Nablus, during a demonstration in rejection of the continued expropriation of Palestinian land.

The Palestinian Ministry of Health announced that soldiers shot Emad Ali Dwaikat, 37, a father of five children, the youngest being only two months old, with a live round in his chest, causing life threatening wounds.

The critically injured man was rushed to Rafidia hospital in Nablus, where he was pronounced dead by medical staff.

The army also targeted a photo-journalist covering the demonstration, shooting him in the knee with a rubber-coated steel round, he was treated by medics on the scene.

Sources confirmed that at least 20 protestors were injured with rubber-coated steel rounds, two were struck with teargas canisters, five suffered from falls while being pursued by soldiers, and 31 people suffered the effects of teargas inhalation.

Hundreds of Palestinians participated in the funeral procession for the father of five, which began at Rafidia hospital and headed towards the slain victim’s home, Quds News Network reported.


Eye on Palestine
The moment when Palestinian cameraman is shot by Israeli forces with a steel round to the knee.

| Inside Beita’s Protests: ‘The settlers didn’t understand who they were dealing with’ |