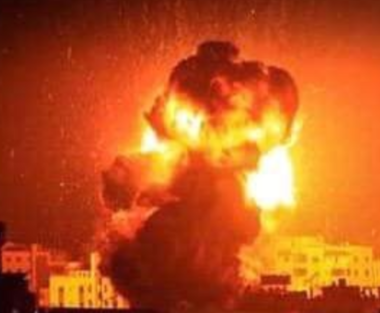 Israeli war jets and tanks fired, late on Friday at night, several missiles, and shells, into Palestinian areas in the besieged and impoverished Gaza Strip, causing damage. The Israeli army claimed it was retaliating to shells reportedly fired from Gaza.

Media sources in Gaza said the army fired at least one missile into a Palestinian agricultural land east of Deir al-Balah in central Gaza; the attack did not lead to casualties but caused property damage.

The sources added that the army fired at least two artillery shells into farmland near the Shuhada Graveyard, east of Gaza city, causing damage and fire.

Furthermore, the soldiers also fired at least two missiles targeting sites, reportedly run by the al-Qassam Brigades, the armed wing of Hamas, in Khan Younis, in the southern part of the coastal region, causing fire and serious damage not only to the targeted sites, but also to surrounding homes and property.

The Israeli army claimed it was retaliating to two missiles, which were reportedly fired from Gaza, targeting surrounding settlements, without causing damage or injuries.

Israeli sources said it seems a cell of the al-Quds Brigades, the armed wing of the Islamic Jihad, was responsible for firing the shells without the knowledge of their leadership.

They added that the army deployed the Iron Dome missile interception system in the Negev Israeli city of Sderot, only one mile away from Gaza.

Although Hamas movement, especially its armed wing al-Qassam Brigades, have been maintaining calm in the region, despite numerous Israeli violations against the farmers, workers, fishermen and property in the impoverished Gaza Strip, some of its political leaders have warned that the annexation of any part of the West Bank is an Israeli declaration of war against the Palestinian people, and vowed to “make Israel pay the price for these violations.”