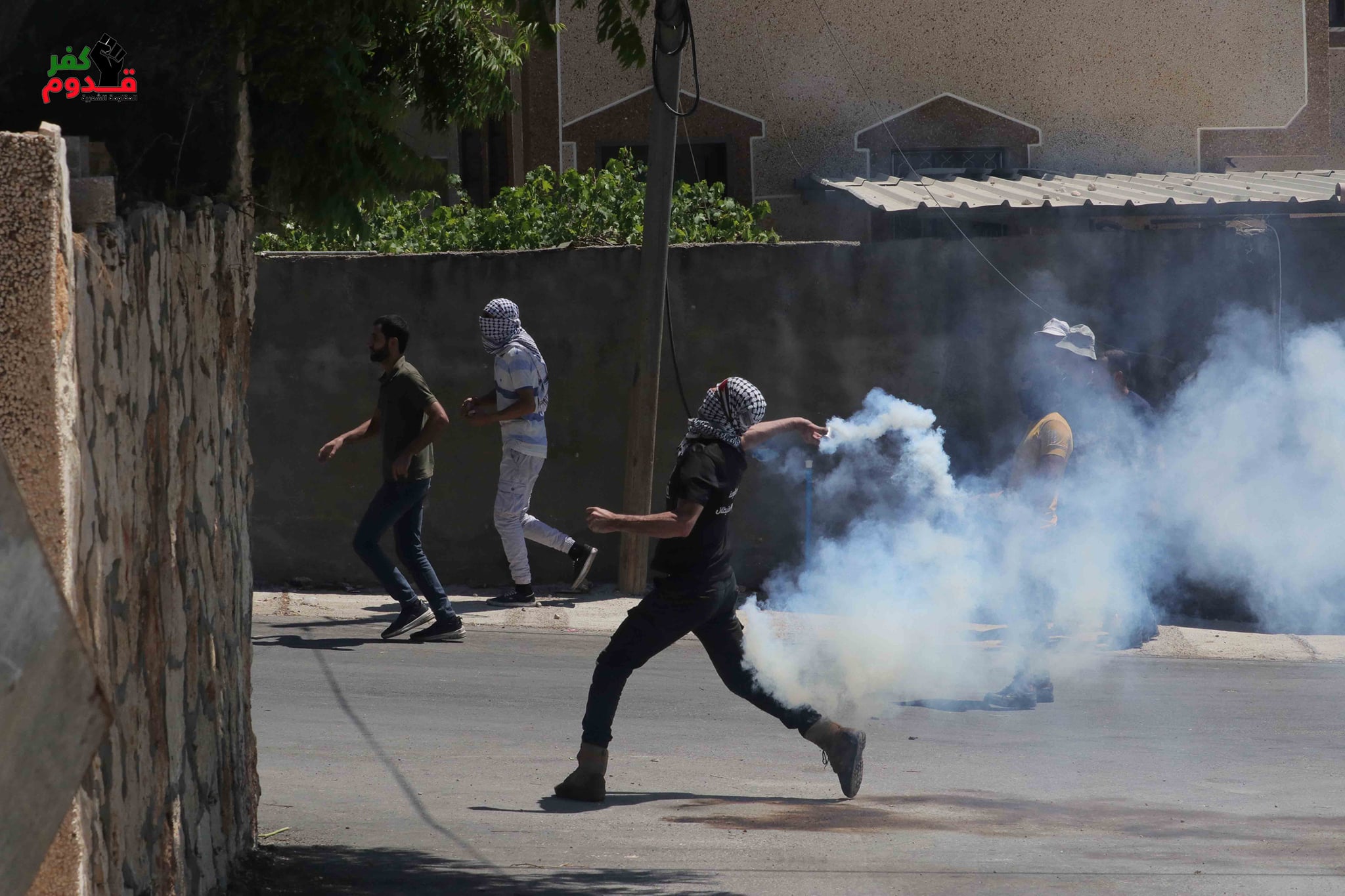 Nine Palestinian civilians were shot and injured, on Friday, and dozens suffered from the toxic effects of tear-gas inhalation, when Israeli forces fired rubber-coated steel rounds and tear-gas canisters at protestors in Kufur Qaddoum village, in the northern occupied West Bank.

The regional coordinator of the Popular Resistance, Morad Eshteiwi, stated that a large military force of more than 40 soldiers, attacked the Palestinian demonstrators at the weekly march opposing Israeli settlements, the Apartheid Wall, as well as Israel’s plan to expropriate more Palestinian land.

Eshteiwi added that those who were shot with rubber-coated steel rounds, as well as the dozens of those who suffered the toxic effects of tear-gas inhalation, were all treated at the scene.

He added that Israeli forces stormed the town and invaded Palestinian civilian homes, no arrests were reported.

Today’s protest in Kufur Qaddoum, marked the beginning of the tenth year that the village has been holding such demonstrations to resist illegal Israeli policies.

Hundreds of Palestinians in the area participated in the march, chanting national slogans and condemning Israel’s occupation and its decision to annex more Palestinian land.