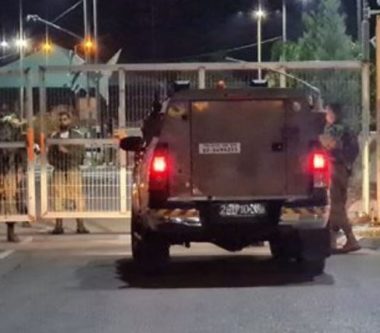 Israeli soldiers abducted, on Friday evening, two young Palestinian men at a military roadblock near Jenin, in the northern part of the occupied West Bank.

Eyewitnesses said the soldiers stopped and searched many Palestinian cars at Barta’a military roadblock, southwest of Jenin, and interrogated several Palestinians while inspecting their ID cards.

They added that the soldiers also abducted two young men, identified as Kamal Ahmad Lahlouh and Amer Nashat Mer’ey, before moving them to a nearby military base.

Earlier on Friday, the soldiers invaded and searched many homes, in several parts of the occupied West Bank, and abducted three Palestinians.