Israeli soldiers invaded, on Wednesday at dawn, the Sanabel Radio Station, in Doura city, in the southern West Bank district of Hebron, confiscated equipment, and kidnapped the station manager and four employees, before shutting the station down for three months.

The Sanabel Radio said the soldiers violently stormed the building, and ransacked it, before confiscating broadcast equipment and various electronics, and ordered it shut for three months.

They were all taken prisoner after the soldiers stormed their homes and searched them. 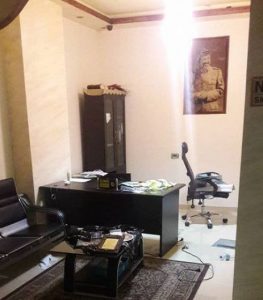 Israeli military spokesperson Avichai Adraee claimed that the station broadcasts what he called “incitement against Israel,” and that all detained employees have been moved to an interrogation center.