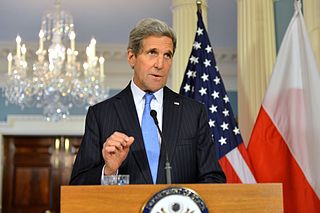 As thirty nations prepare representatives to meet in Paris Friday for talks about the Israeli-Palestinian conflict, the Jerusalem Post reported Wednesday that high-lecel Israeli officials have been meeting secretly with US agents in advance of the talks.

Publicly, Israeli Prime Minister Binyamin Netanyahu has condemned the talks, saying “If the countries gathered this week in Paris really want to advance the peace, they should join my call to [Palestinian President Mahmoud Abbas] to come to direct negotiations. That is the way to peace, there is no other.”

Palestinian negotiators have frequently pointed out the power imbalance and what they call the bullying by Israeli negotiators that has gone on in direct talks in the past, and have called on the international community to intervene to assist the situation.

The talks in Paris Friday are, in part, a response to that call, as well as to a move by the Mideast Peace Quartet – the US, Russia, the EU and the United Nations – to try to break the impasse that the Israelis and Palestinians have come to during previous negotiations.

U.S. Secretary of State John Kerry is planning to attend Friday’s talks, and says that he is still pushing for a ‘two-state solution’ – although it is unclear at this point what that would look like, since Israeli authorities currently control 100% of Palestinian land, and have transferred civilian populations in violation of international law onto a large section of that land.

Palestinians have, in past negotiations, made three key demands: the right of return of Palestinian refugees, the release of Palestinian prisoners and an independent state with Jerusalem as its capital. None of those demands have been considered by Israeli authorities during past talks.

The U.S. State Department spokesman John Kirby said that he appreciates a statement by the Israeli Prime Minister earlier this week that he might possibly consider some of the facets of the 2002 Arab Initiative for Peace.

But the exposure of secret Israeli talks with U.S. Officials will likely have an impact on the talks this Friday, according to a number of leading analysts.