Three siblings’ dream of having their own rooms rapidly collapsed under the strictly enforced Israeli building laws for Palestinians in East Jerusalem. Baha Fawaka, 14, and his siblings, Bayan, 12, and Ayham, 7, enjoyed their new rooms for just two months before their housing situation took a sharp turn when their father was forced to demolish their bedrooms.

“I helped my dad empty the house, we stayed until late hours in the night. I felt pain and grief over a dream that would soon be destroyed,” said Baha to Defense for Children International – Palestine.

“The two months were like a dream to me. I understood what it feels like to live in a spacious home and have my own room,” Bayan said.

The family of five lived in a 430 square foot home for five years in the Um Leson neighborhood, nestled between the Sur Baher and Jabal Mukaber villages, in East Jerusalem. This year, the family added 1,290 square feet to the house without an Israeli building permit, to afford each child a comfortable place of their own.

“The two months were like a dream to me. I understood what it feels like to live in a spacious home and have my own room,” Bayan, 12, said.

The family’s choice to build without a permit was anything but random. Building permits in East Jerusalem are almost impossible for Palestinians to obtain.

When Israel unilaterally annexed East Jerusalem in 1967, the majority of Palestinian areas were left without development plans, making construction illegal under the Israeli Planning and Building Law. Today, Palestinians can apply to build in a mere 13 percent of East Jerusalem, according to United National Relief and Works Agency (UNWRA).

In this small sliver where development plans do exist, Palestinians still often avoid applying for permits due to the arduous, costly, and in many cases unsuccessful, permit process.

Applicants for building permits must complete an application form in Hebrew, a language most Palestinians do not speak. For many, this represents a major obstacle.

A second roadblock is the application’s requirement for a document containing the landowners’ signatures. While this may sound straightforward, this document could threaten the owners’ property rights if Israeli authorities deem them “absentees” under the broad parameters of Israel’s Absentee Property Law.

The process is also costly, with no guarantee of success at the end. In 2015, Israeli media outlet Haaretz reported that only seven percent of Jerusalem’s building permit approvals were for Palestinian neighborhoods in the city.

For all these reasons, many East Jerusalem residents roll the dice and build without permits. If caught, it’s a criminal offense under Israel’s Planning and Building Law of 1965. Unpermitted structures will be slated for demolition and the builder could be arrested.

After Fawaka’s lawyer failed to freeze the demolition order, the only choice the family had left was how the addition would be demolished. They could either wait for Israeli authorities to carry out the demolition and send them a steep bill, or demolish it themselves.

“I feel sorry for my father. He was forced to demolish the house, he didn’t want to do it,” Bayan said.

“I feel sorry for my father. He was forced to demolish the house, he didn’t want to do it,” Bayan said.

With only seven years of life experience, Ayham still doesn’t fully understand what happened and his father is unsure how to explain the situation to him.

“He always asks me why our house was demolished, I tell him it’s because of faults with the building because he won’t understand the real reason,” said Fawaka. 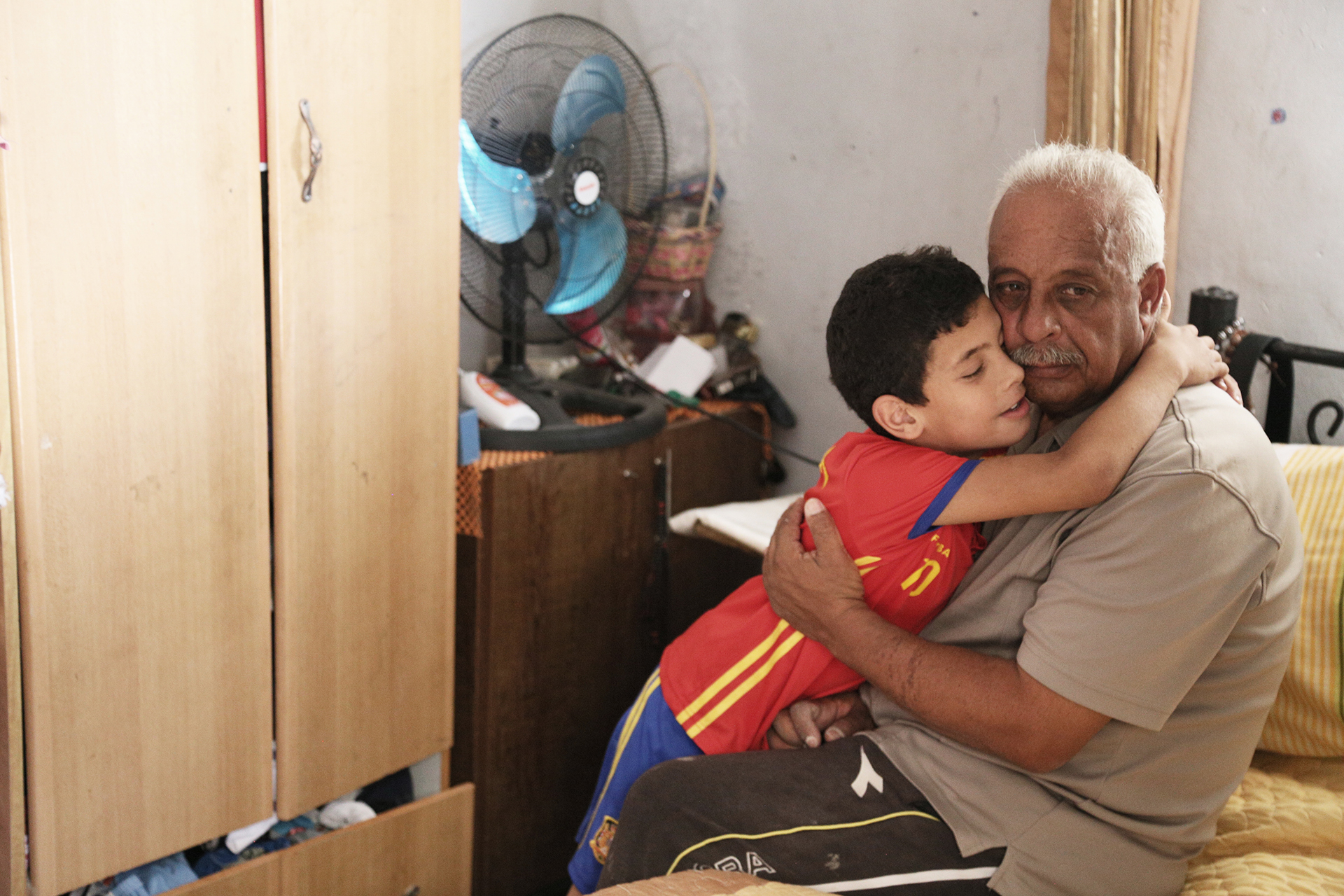 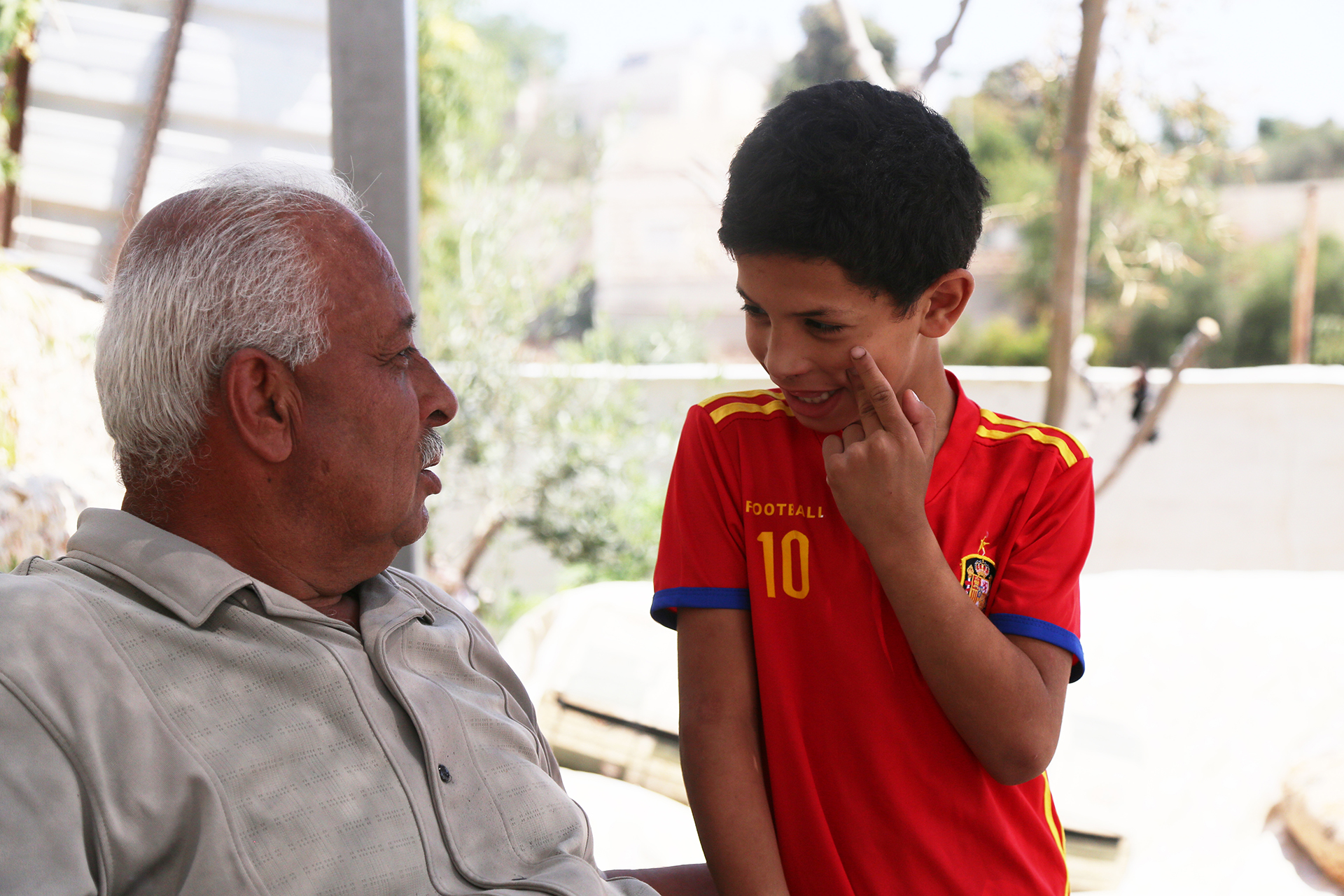 The discriminatory zoning plans and building laws in East Jerusalem affect many. At the beginning of the year, Jerusalem District Governor Adnan Husseini estimated that a third of Palestinian homes were under threat of demolition.

Between January 1 and October 23, Israeli carried out 76 full or partial demolitions of Palestinian structures in East Jerusalem because of permit issues, according to United Nations Office for the Coordination of Humanitarian Affairs OCHA. These demolitions displaced 192 Palestinians, including 111 children.

In 21 of these incidents, families carried out the demolitions themselves.

While Palestinian families like the Fawakaa in East Jerusalem are being forced to tear down pieces of their own homes, Israeli authorities continue to move forward with expanding housing in illegal settlements in East Jerusalem.

Expansion plans for Nof Zion settlement, located a short distance away from Um Leson in Jabal Mukkaber, are underway. If approved, 176 new building permits for Jewish-only housing will move forward in occupied East Jerusalem, in contravention of international law.

After the demolition, Baha told DCIP he moved out. “I decided to live with my relatives because I’m unable to live in this very small house. It’s unlivable, ” Baha said. “This decision was very hard.”

Bayan told DCIP she is unhappy with the current situation. She lost her room and was distanced from her brother. “It feels bad not having Baha at home. I miss him a lot,” she said.