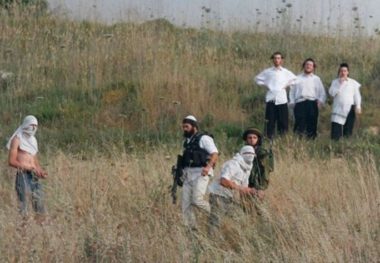 A group of illegal Israeli colonialist settlers attacked, on Wednesday evening, three Palestinian homes in Orif village, south of Nablus, in the northern part of the occupied West Bank.

Ghassan Daghlas, a Palestinian official who monitors colonialist activities in the northern West Bank, said the assailants came from Yitzhar illegal colony, which was built on Palestinian lands, near the village.

The attack led to property damage, especially to the windows of the three homes, owned by Samir Sawalma, Ahmad Shehada and Jamal Shehada.

He also said the dozens of soldiers invaded the town after the attack, and fired many live rounds, gas bombs and concussion grenades at Palestinians, protesting the assault and the invasion.