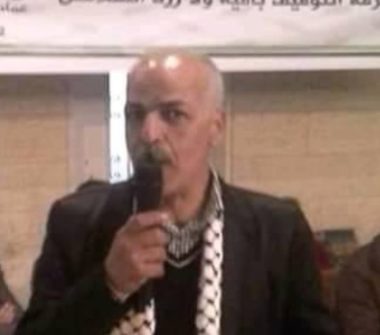 Israeli soldiers abducted, Wednesday, a Palestinian former political prisoner from the town of al-Khader, south of Bethlehem, in the occupied West Bank.

Ahmad Salah, the coordinator of the Popular Committee against the Annexation Wall and Colonies in al-Khader, said the soldiers abducted Rezeq Ali Khader Salah, 54, while working on his land, west of the town.

He added that Salah is a former political prisoner, who was held by Israeli for 21 years, and was released under the Shalit Swap Deal, in 2012.

On Wednesday at dawn, the soldiers abducted three Palestinians, including a teenage boy, from their homes in Bethlehem governorate, and five more Palestinians in Tubas, Qalqilia and Tulkarem.