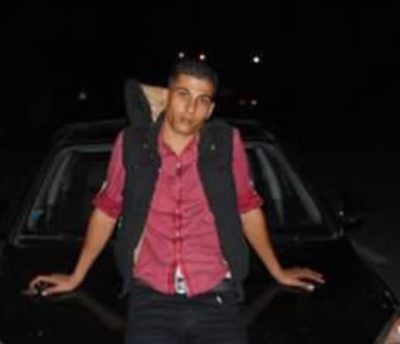 The Palestinian Health Ministry in Gaza said one Palestinian, identified as Naji Jamal Mohammad Za’anin, 25, was killed when the Israeli missiles struck a site in Beit Lahia, in northern Gaza. The Palestinian was from Beit Hanoun, also in the northern part of the Gaza Strip.

The Israeli airforce dropped bombs in several parts of Gaza Wednesday morning, wounding 14 Palestinians in addition to killing Za’anin, including six schoolchildren, in Deir al-Balah city, in central Gaza, before they were rushed to the Al-Aqsa Hospital.

The Al-Qassam Brigades, the armed wing of Hamas, said the army targeted three of its centers in several parts of the Gaza Strip.

The first center, Abu Jarad, south of Gaza city, and the second, al-Waha, west of Beit Lahia, in northern Gaza, and the third in the Zeitoun neighborhood, in the center of Gaza city.

The army later fired more missiles into areas in Rafah, in southern Gaza, and another site of the al-Qassam Brigades in Deir al-Balah, in central Gaza. In addition, the Israeli Air Force fired missiles into agricultural lands in the az-Zanna area, in Bani Suheila town, east of Khan Younis, and a near the seaport, west of Khan Younis, in southern Gaza.

For its part, Egypt started contacting Palestinian officials in Gaza, and Israeli officials, in an attempt to mediate an prevent a further escalation in the area.

The bombs were dropped on Gaza after unknown Palestinians fired a rocket into Israel Wednesday morning, causing no injuries.

The statement was made after discussions with the representatives of all the Palestinian armed resistance groups.