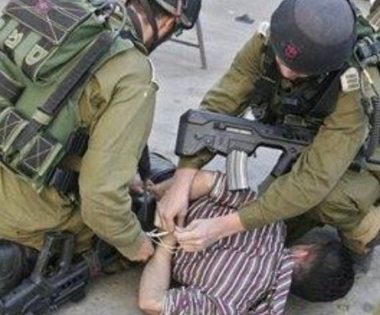 Israeli soldiers abducted, on Wednesday at dawn, three Palestinians, including a teenage boy, from their homes in Bethlehem governorate, south of occupied Jerusalem, in the West Bank.

The soldiers invaded and ransacked many homes in Teqoua’ town, east of Bethlehem, and abducted Mohammad Hasan al-‘Amour, 23, and Mohammad Riyad al-‘Amour, 17.

It is worth mentioning that Mohammad al-‘Amour’s father is a political prisoner, held by Israel after being sentenced to several life-terms.

Furthermore, the soldiers invaded the Deheishe refugee camp, south of Bethlehem, and abducted Ashraf Mohammad as-Sajdi, 21, after breaking into his home and searching it.