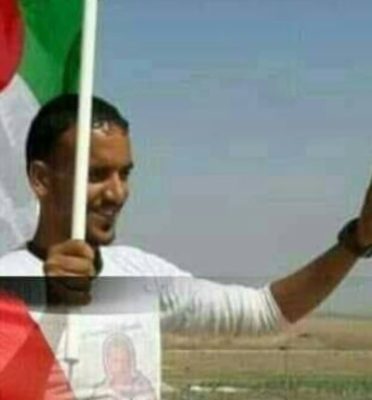 The Palestinian Health Ministry in the Gaza Strip has reported that a young man died, on Tuesday at night, from serious wounds he suffered a day earlier after Israeli soldiers shot him with live fire in northern Gaza.

It identified the slain Palestinian as Saddam Abu Shallash, 27, from Jabalia refugee camp, in the northern part of the Gaza Strip.

He was shot with live Israeli army fire, near Beit Lahia, in northern Gaza, and was rushed to surgery, and then to intensive care, but succumbed to his wounds.

It is worth mentioning that Saddam is the brother of Sharif Abu Shallash, 28, who was killed by Israeli soldiers on December 23rd 2017.

On Monday, Israeli navy and soldiers shot 32 Palestinians with l ive fire, in addition to causing dozens to suffer the effects of teargas inhalation, during protest against the ongoing siege on Gaza.