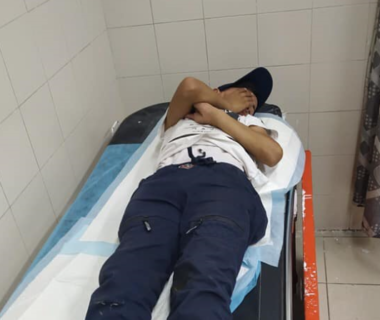 WAFA added that the child was rushed to Hebron Governmental Hospital, suffering several lacerations and bruises.

The child’s father said that he was heading to his pottery shop in the Old City, after returning from the markets’ area in Hebron, and then asked his child to carry some items to take them home in the southern part of the city.

He added that, while his child was walking in the Sahla Street area, a few colonists assaulted him, causing his injuries, and deliberately smashed his mobile phone, while Israeli soldiers, constantly deployed in the area, failed to intervene.

“While the soldiers just stood and watched, many Palestinians intervened and managed to take my child away from the assailants, and took him to the hospital,” the father stated.