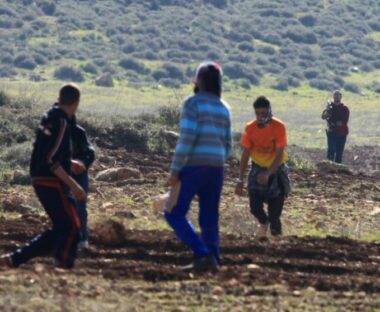 Local sources said the colonists attacked Yasser Fuad Omran, along with his wife and three children, while working on their olive orchard.

They added that the soldiers hurled stones at the Palestinians, in addition to firing rubber-coated steel bullets and gas bombs at them.

The family was planting olive saplings in the eastern area of the village when the colonists attacked them.

Omran’s wife and his two children were injured by stones thrown by the invading colonists who also stole the saplings before returning to their colony.