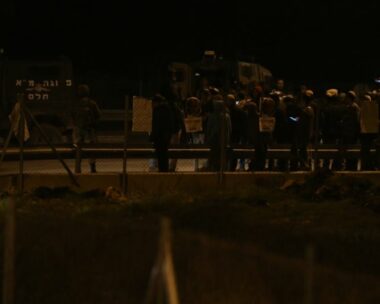 The colonists also attacked many Palestinian cars near the al-Lubban ash-Sharqiyah village, south of the northern West Bank city of Nablus, causing damage.

Similar attacks targeted the Palestinians and their cars near the Sielet ath-Thaher village, south of Jenin in northern West Bank.

Local sources said the colonists hurled stones at many cars on the Jenin-Nablus road, causing damage to a least one car, and obstructing traffic.

In addition, the colonists attacked many Palestinian cars near the al-Misrara area, in the center of occupied Jerusalem, for the second consecutive day, causing damage.

The attacks were carried out in front of Israeli soldiers who failed to stop them, and did not conduct any arrests.