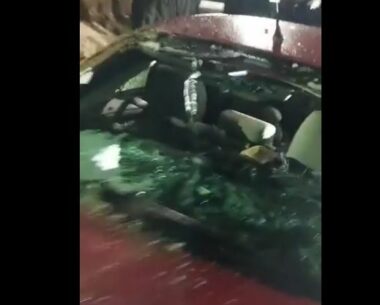 Daghlas added that the colonists attacked homes in the western part of the town, causing damage, in addition to breaking the windows and doors of at least one car.

Many Palestinians intercepted the colonists and forced them to retreat to their illegal colony.