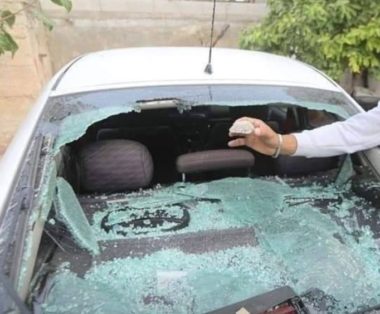 Daghlas added that the colonists also attacked a car, owned by Hani Nabli, causing damage to its windows, and hurled stones at a few surrounding homes.

In addition, the colonists invaded the eastern area of Burin town, south of Nablus, and partially damaged an under-construction Palestinian home, owned by Montaser Mansour.

« P.A Responds To US Dep. Of State Regarding The Palestinians In Jerusalem Soldiers Demolish A Palestinian Home In Bethlehem »