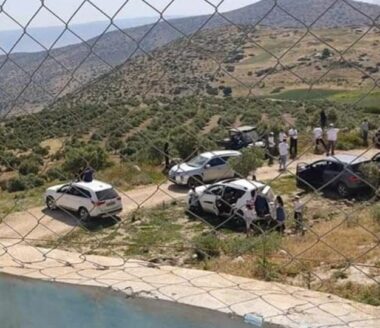 On Thursday, a group of Israeli colonialist settlers, illegally squatting on Palestinian lands, attempted to invade a Palestinian school near Tubas, in northeastern West Bank, causing anxiety attacks among the schoolchildren.

Saed Kabaha, the head of the Directorate of Education in Tubas, said the colonists invaded Khirbat Ibziq village, northeast of Tubas, and attempted to break into the Tahadi 10 school.

He added that several children suffered anxiety attacks before the teachers, and staff, managed to repel the invasion attempt of the school.

It is worth mentioning that the village, and several surrounding areas, are subject to repeated invasions and violations carried out by the colonists and the army.