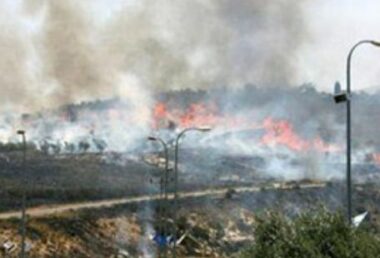 Daghlas added that the Israeli assailants came from the illegal Bracha colony, which was built on stolen Palestinian lands.

He also said that dozens of trees and crops were burnt and that the colonists also fired live rounds at the Palestinians who rushed to their lands to extinguish the fire.