Israeli Colonists Cause Damage To Twelve Palestinian Cars Near Nablus 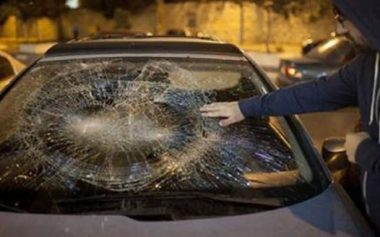 Media sources in Nablus said the colonists simultaneously hurled stones at Palestinian cars, driving on Yitzhar road, in addition to the main Huwwara road and the road leading to Sorra village, causing damage to twelve cars.

They added that the attacks seemed to be planned and coordinated, and that Israeli soldiers closed the main Yitzhar road, but failed to apprehend or stop the assailing colonists.

In related news, the soldiers installed a military roadblock at the entrance of Zabbouba village, south of the northern West Bank city of Jenin, before stopping and searching dozens of cars, and interrogated many Palestinians while inspecting their ID cards.