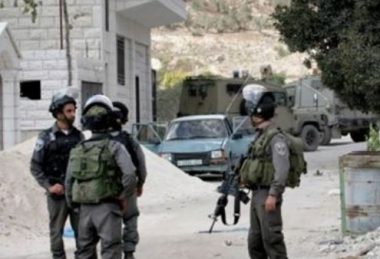 Israeli soldiers invaded, on Wednesday at dawn, many homes in the West Bank governorate of Bethlehem, photographed homes and threatened further collective punishment.

The soldiers invaded al-‘Obeydiyya town, east of Bethlehem, before breaking into and searching two homes, belonging to ‘Ayed Rabay’a and Eid Rabay’a.

The soldiers also invaded the al-‘Azza refugee camp, north of Bethlehem, and photographed many homes and cars.

Furthermore, the soldiers invaded the al-Khader town, south of Bethlehem, and broke into the home of Rezeq Hameeda, the father of a political prisoner, identified as Salah Hameeda, before handing him a leaflet, threatening al-Khader residents of constant invasions should “local youngsters continue to throw stones at the army and settlers’ cars.”