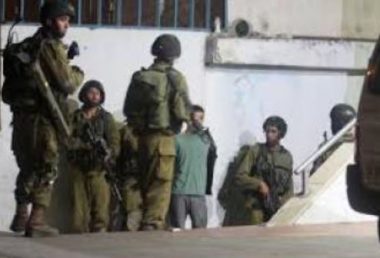 The soldiers invaded homes in Shweika area, and abducted Anas Ibrahim Nayfa, 26, after forcing him to accompany them to his computer store, and violently searched it.

In related news, the soldiers, and dozens of settlers invaded the northern West Bank city of Nablus, before heading to Joseph’s Tomb area, east of the city, leading to clashes with many local youngsters.

The army fired many rubber-coated steel bullets, wounding a young man, identified as Ashraf Mohammad Fa’oor, 18, from Askar refugee camp, before he was moved to Rafidia governmental hospital.

Also at dawn, the soldiers invaded many homes in the West Bank governorate of Bethlehem, photographed homes and threatened further collective punishment.