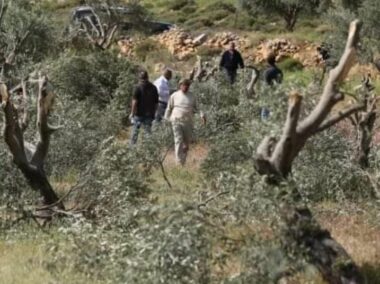 Salfit Governor, Abdullah Kamil, said the trees are in an orchard owned by Nasr Mansour Ahmad, in the Sousa area in the town.

Kamil stated that these violations are escalating as the colonists are encouraged by the extremist Israeli government of Benjamin Netanyahu, and called on the international community to act and ensure ending these violations.

He added that most of these violations are carried out in direct sight of Israeli soldiers, who frequently open fire on the Palestinians, assault, and abduct many of them when they tried to defend their lands.